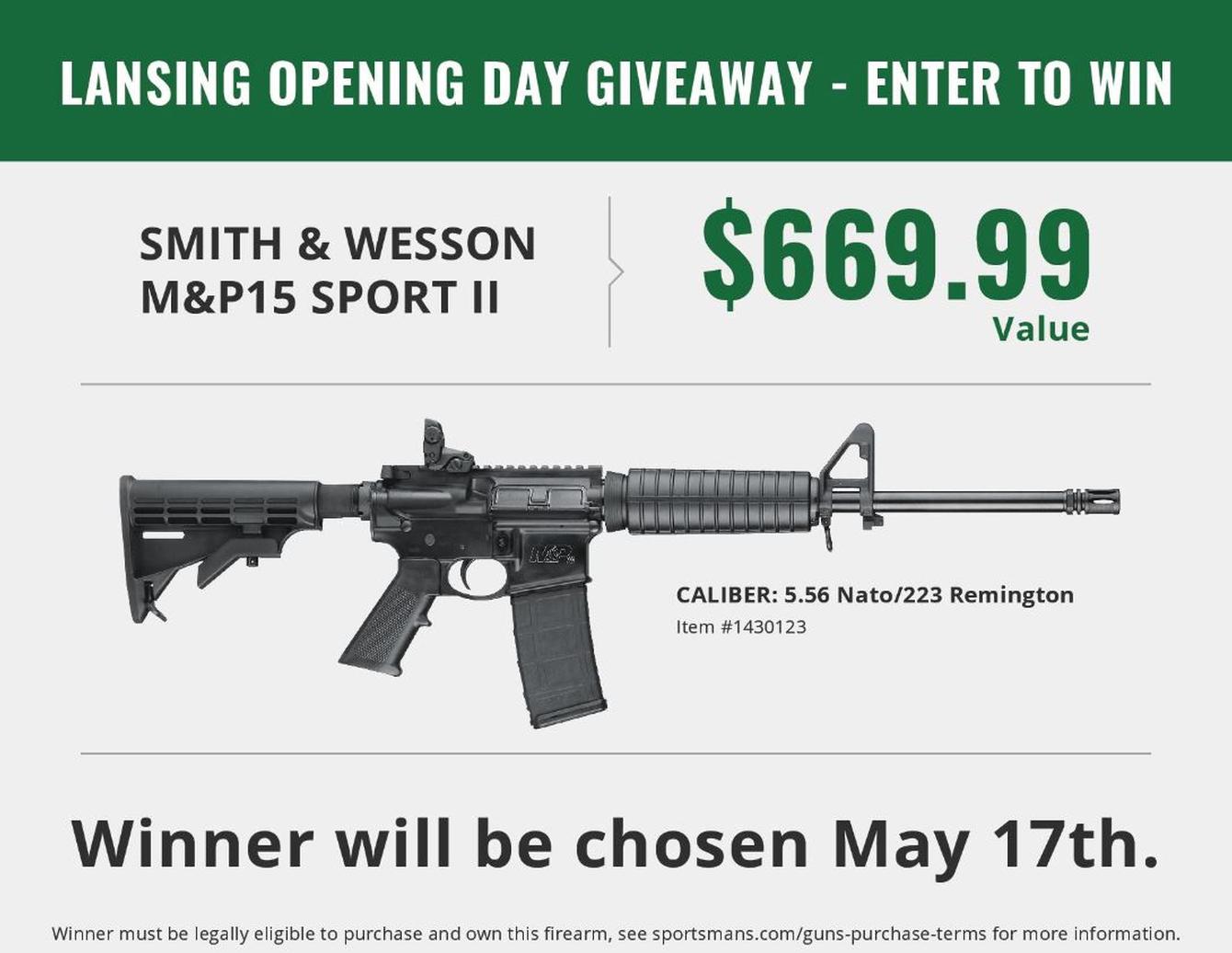 NO PURCHASE OR DONATION NECESSARY TO ENTER OR WIN. PURCHASE WILL NOT ENHANCE CHANCES OF WINNING. Odds of winning depend on the number of eligible entries timely received by Sponsor. Contest begins on April 24th Through May 17th 2019 (the Contest Period ).

Completing an official entry form and submitting the entry as directed during the Contest Period. Entries must be received no later than store closing on on May 17th 2019. Any attempt at e-mail or other entry will be void.

DRAWING: Sponsor will conduct a random drawing on or before May 30th , 201 from all eligible entries timely received. Participants need not be present at the drawing to win. The decisions of the Sponsor are final and binding in all matters relating to this Contest. The winner will be notified by e-mail on or before May 30th, 2019.

Taxes which are known and not included in the Grand Prize, and will be the sole responsibility of the winner, are all applicable taxes, (including, but not limited to, federal income taxes), insurance, licensing, registration fees and costs, and other expenses that may be required for the enjoyment and use of the Grand Prize. The Grand Prize will be kept at the Sportsman s Warehouse store in Lansing, Michigan, or an alternate location as may be selected by the Sponsor (the Prize Location ), and the winner is responsible for all transport, pick-up and/or other delivery costs. The winner must pick up or otherwise arrange from transport from the Prize Location within five (5) days of being notified that he/she is the winner (the Notification ). In addition, the winner will be required to sign and return an Affidavit of Eligibility, Release of Liability and where lawful a Publicity Release prior to taking possession of the Prize. .

The "2019 Lansing Opening Giveaway" has expired.